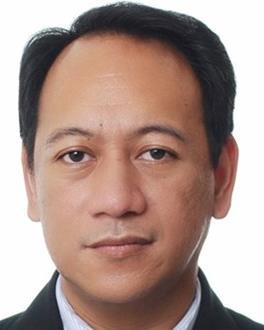 Benjamin Quito has more than 21 years of experience in Academic and Information Technology. A proponent of using Information and Communication Technology in teaching and learning in South East Asia through the South East Asian Ministers of Education Organization (SEAMEO). He spent five years studying Master of Information Systems at Athabasca University, focusing on Technology Management. He resides in Kitchener, Ontario, and is currently a Part-time professor at Conestoga College. His research interest includes the use of IT in teaching and learning. He had copyrighted several concept papers, such as Smart Traffic Operations Procedure: The Use of Technology in Enhancing Traffic Apprehension and Operations in EDSA and Smart Transport System: The Role of Technology in the Efficient Management of Traffic Situation in EDSA, among others.

Title: Compare and Contrast Lidar and Non-Linear Technology in an Autonomous Vehicle: Developing a Safety Framework

Abstract: Safety has always been paramount in every vehicle we drive, and for years a driver has been synonymous with driving. However, with the advent of technology, we are now on the verge of having an Autonomous Vehicle wherein the control of the vehicle is gradually transferred to Artificial Intelligence. There is public clamour regarding the safety of such vehicles. Regarding safety, a human driver relies heavily on what the driver can see. Seeing the surroundings, controlling the vehicle, being able to react, and perceiving what will happen are some of the factors that make driving safe. With Autonomous Vehicles, these factors did not change. These vehicles rely on what they see using two technologies; LiDAR and Non-LiDAR. This study developed an Image Processing Model that takes input from the two technologies using Supervised Learning to make the Autonomous Vehicle see and be aware of its surroundings. The study also developed a Safety Framework measuring the ability of the two technologies in gathering images fed into the Image Processing Model for comparing and contrasting. The study also proposed Experimental Research to create a baseline on the safety of an Autonomous Vehicle compared with a human driver in a controlled environment. The result of the proposed research can be a basis for trusting the Autonomous Vehicle if it performs at par with the performance of a human driver in the simulation developed in this study.